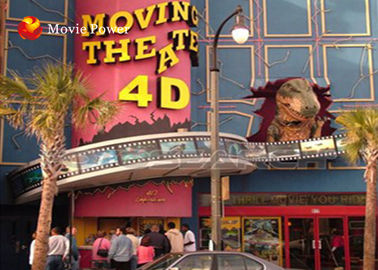 The main difference between 4D Movie Theater Simulation and 3D format, in particular, is that 3D lies in visual effects experienced by the audience while watching a movie. Using 4D equipment gives the opportunity to involve not only sight and hearing but other organs of human senses such as touch and smell, even lost gravity!