As we known, The game entertainment market in the Middle East has reached 10 billion U.S. dollars a year, and is expected to increase rapidly at a rate of 27% annually. In addition to the growth of the industry itself, Dubai is also one of the most prosperous regions in the world, and it is also a gateway city to the Middle East market. 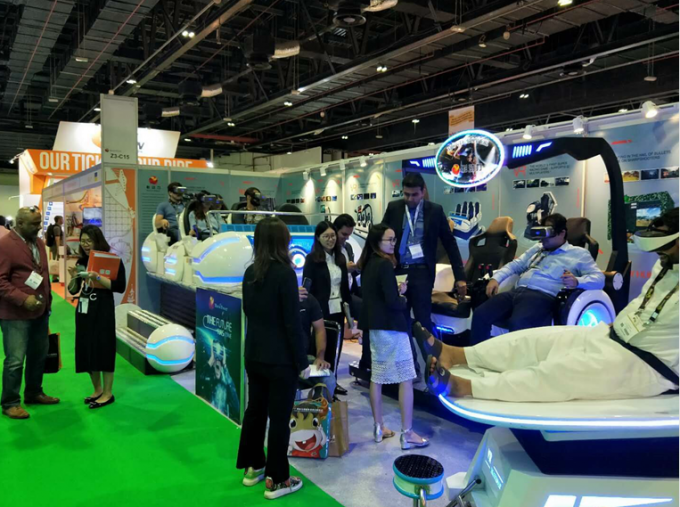 The scene is crowded with people, comparable to the excitement of the Spring Festival, and Movie Power staff are busy. Come on! Let me take you to review the hot situation.

The weather in April, Dubai was in the season exchange period, though the weather is changeable, it can not resist the enthusiasm of our foreign friends. In our movie power booth, packed with people. The cool appearance of our products, with its dynamic sound effects, attracted many friends to experience it. The scene was once difficult to control.

According to a colleague from the scene, many foreign friends came to experience on the spot and gave high comments on our products. Therefore we have received several large orders. 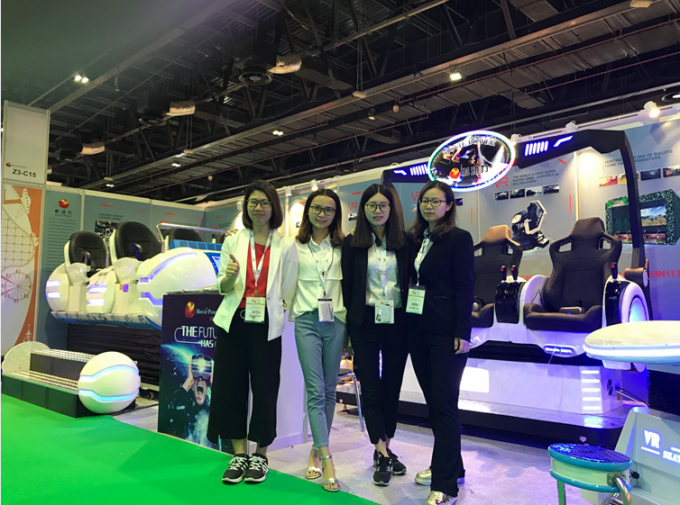 We have learned a lot from this Dubai Exhibition. In the future, we will work harder to become the cutting edge of the industry.