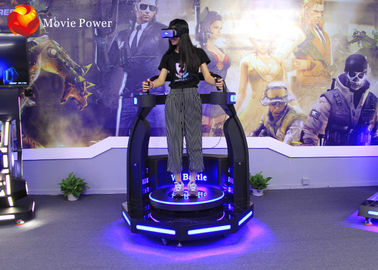 It' a type of strongly attractive interactive VR game that gets you involved in a Virtual reality world fighting with the walking dead. Working with both interative joysticks in hands, you are able to move through the virtual world while rotating the platform at the same time. In the mean time, you're going to attack and shoot the target by pushing the button on it, which brings you incredible immersive experience than ever.