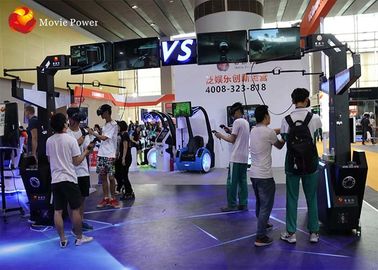 The large-space VR device is very immersive in the atmosphere of the game scene, real character modeling, a variety of firearms design and realistic shooting effects, allowing players to feel immersed in the murderous battlefield!