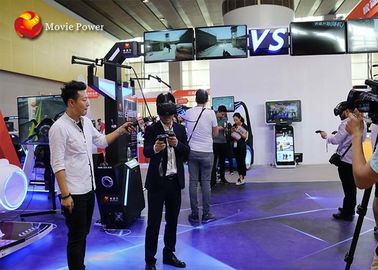 9d Playstation Vr Cs on the base of the integrated operation of HTC VIVE, it could battle with the other player separately and on line; and you can experience VR games in 360 degree directions at a limited but safe area. In the virtual scene, it brings you into the fierce battle and pull the death trigger to kill the enemy, you can be a hero in the VR world.

The large-space VR device is very immersive in the atmosphere of the game scene, real character modeling, a variety of firearms design and realistic shooting effects, allowing players to feel immersed in the murderous battlefield!