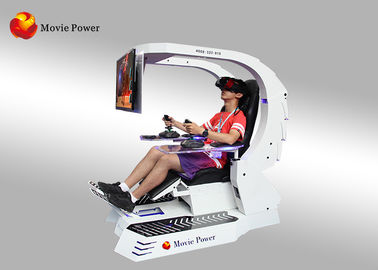 Movie Power vr robot battle is different from 9d vr cinema and other vr game, it used the world's top position technology, achieving millimeter level identification without delay. and can map the real movements of player and teammate to the virtual scene.

Besides, it is also the first VR equipment that can support multiplayer online interactive games in the domestic and even all over the world.

In the unknown virtual reality world, fighting alone is not a wise choice. Now you can fight with four or more person together.

The best platoon which is breakthrough the gaming way is more exciting and enjoying .