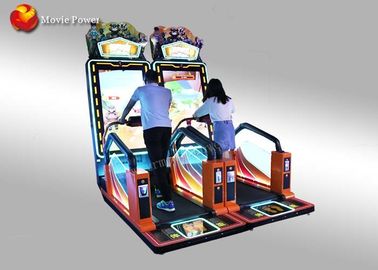 1. Coinage or WeChat scan code payment , log in to the game → detect weight

→ select multiplayer mode or stand-alone mode → select the role to enter the game;

Third : Hurdle Arena, hurdles according to the screen prompts.

VR will grow rapidly in 2017, because the technology is in a state where it reaches consumer price.
There is one problem with the growth of VR which is that you can’t explain to someone how cool VR is.
There will be a huge opportunity in the growing market for mid-sized companies as they are far more professional than most of the indie developers who are making games for VR now, but the market is still too small for the biggest AAA game developers to enter. Therefore now is the perfect time to make a name in VR industry.